Thanks to Greg Rose, FWDV's regional rep for the Southern Alpine National Park and  Mike Dower, Parks Victoria Area Chief Ranger, Foothills and Southern Alps for this report regarding the status of track opening in the Southern Alps area, north of Licola and Dargo ...

With a couple of exceptions all gates will be open for the cup weekend.

The gates at the bottom of Wombat Spur and Herne Spur (access to Wonnangatta Valley) could not be reached due to the current river heights.

King Spur Track into Mayford and Kelly Lane Track will remain closed as part of the agreed extended/variable closure and opening dates on those tracks. Those two tracks will be assessed during November. The recent heavy rain means those fragile routes are quite wet and vulnerable.

Major emergency work has been undertaken on Zeka Spur (access to Wonnangatta Valley). Local contractor Brian Trail has responded rapidly to the challenge of stabilising the track after damage caused by a significant landslip on one of the switchbacks. The landslip lead to further scouring and damage due to water runoff down the track. The work will be completed and the track open for the weekend. The speed at which this work has been undertaken reflects the importance Parks Victoria place on meeting the opening target dates and recognising the significance of the Wonnangatta Icon Drive to four wheel drivers. I have attached a map of Zeka slip repair showing the slip location and the photo of the landslip on Zeka switchback was taken by Mike Dower yesterday.

Blue Rag Range Track will be open. Due to the closure, by Alpine Shire, of the Dargo High Plains Road, the only access is via South Basalt and North Basalt Tracks. As I stated in a previous email that route is technically difficult and one for well equiped vehicles and experienced drivers. The area has also been subject to very heavy recent rainfall.

The Alpine Shire has indicated that the Dargo High Plains Road will, in all probability, not be open until the end of November. As many touring four wheel drivers, especially from interstate, make Blue Rag Range a highlight of a trip to the Victorian High Country, the road closure causes some confusion and disappointment.

Mike Dower emphasised that the tracks and the alps will be very different in nature this year due to the climate influence of La Nina. Four wheel drive tourists need to be aware of the changes. The past few years have been very dry, the effect of La Nina is that there will be considerably more rainfall, typically 20% more in the south east of Australia. The chance of both localised and widespread flooding is also increased. For four wheel drive touring this means that track surfaces may be wetter and more slippery, river and creek heights will be greater than in recent years, bush fire effected trees may be prone to fall due to the damper soil, there may be landslips and runoff due to rain events. 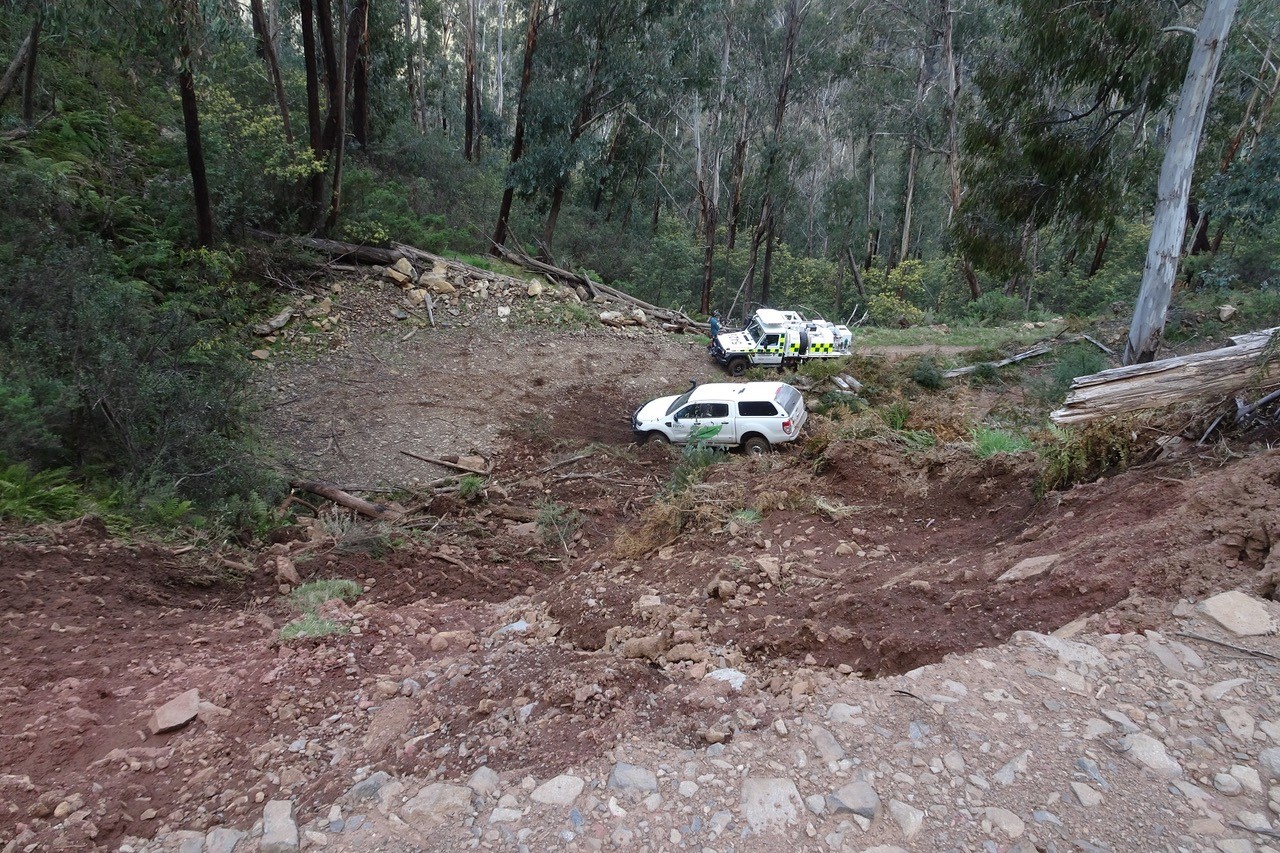